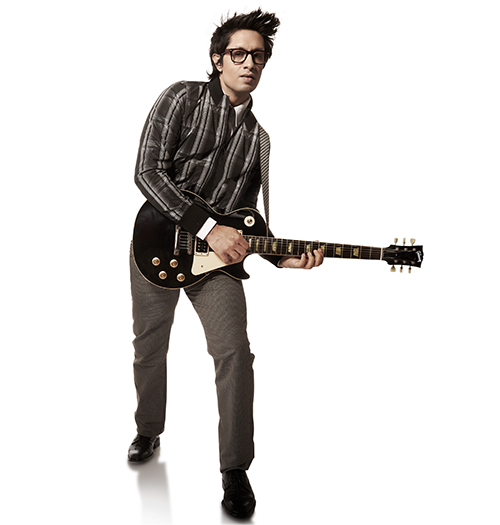 Hitesh’s tryst with music started at an early age of four. From being called upon by his teachers in school to sing and entertain in the classroom, to winning the ‘Best Guitarist’ accolades at most of the competitions he entered, Hitesh has loved every bit of his journey as a musician. He founded Canzona along with Lokesh and credits his alma mater, Mount St. Mary’s for giving him the encouragement, platform and confidence that eventually shaped his career.

By the age of 17, Hitesh was the lead guitarist of Euphoria and soon after graduating in commerce from Hindu college, he set up his own recording studio. Besides contributing towards compositions and arrangements for all the Euphoria albums released till early 2010 and even engineering many recordings for Euphoria, Hitesh’s vast experience in the studio environment includes sessions playing on Bollywood soundtracks including Kabul Express, Sunday and Phirr. He has worked on jingles, corporate anthems and an internationally released album ‘Geek Rhythms’ as music producer, composer and arranger.

As director of Aria Music & Theatre Conservatory, he feels God has given him the opportunity to give back to society what he has learnt in life as a musician.